Namaste - I Honor the Light in You

Looking forward to book talk and signing at The Ark in Santa Fe tomorrow at 3pm. I hope to see some of you there! For those of you who can't make it, I'd like to share a few excerpts from my Indian adventures in Chapter 9 of Third Time Lucky: A Creative Recovery. It jumps around a bit to give you an idea! Enjoy....(This is about four pages, chapter length is eighteen pages.)

Kindness is the light that dissolves all walls between souls, families, and nations. —Paramahansa Yogananda
There was chaos everywhere. Cars were speeding past in all directions. Cows were wandering aimlessly, one or two even stopping in the middle of the crazy traffic to take a shit. There were hundreds of people shouting and moving their heads from side to side, for no apparent reason. It looked as if people were running straight into the traffic for sport. I had to cup my hand over my nose and mouth to try and block out the intense aromas that ranged from unfamiliar spices to shit to overpoweringly sweet incense, just in case I would throw up. At the same time, a small gang of children tugged at my shirt, begging for money, which made me feel guilty, sad, and annoyed all at once. To top it off, monkeys were randomly hopping across telephone wires overhead. I wasn’t dreaming. I was standing on a street corner in New Delhi, clutching Max’s shirttail, wondering how in the hell we would ever get across. 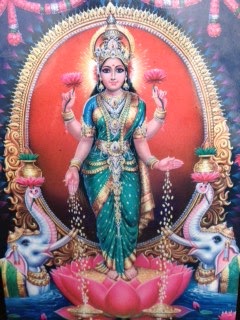 Nothing could have prepared me for India. It truly was a culture shock. At home, it felt like anything was possible, and in India, it felt like anything could happen! Nothing was easy. The most helpful thing Max said to me, before we left, was to forget the idea of having personal space—something that was important to me and most Westerners, and is totally alien to Indians. I remember getting on my first bus in the Himalayas. Since there wasn’t an available seat, I suggested we wait for the next bus, which might not be so crowded, so we could sit together for the twelve-hour drive across the mountains. Max just laughed and said the next bus might not be for days, and this one wasn’t crowded—yet. I watched dumbfounded as at least sixty more people crammed into the bus, and another twenty or thirty climbed out of the windows to sit and hang off the roof.

Traveling was a death-defying act in itself. It appeared that the only way to let another vehicle know you were coming around a hairpin turn, on a steep mountainside, was to honk your horn. From what I could gather, whoever went the fastest and honked the loudest went first. On every single journey, we passed horrific crashes along the roadside. Death never seemed very far away.

On the other hand, the whole country was exploding with life. Life was everywhere. In the cities, Bollywood music blared from each bus, rickshaw, and vendor cart that lined the streets. Anywhere we went, we encountered a restless sea full of color, sounds, and smells. People, animals, and vehicles occupied every inch of space in what I can only describe as total and utter organized chaos. All of our senses were on high alert because we needed them all—to stay alive! It was terrifying and exciting to take one step off the edge of the curb and get caught up in the energetic web that was keeping the whole thing moving and together at the same time. It felt dangerous and exhilarating all at once.

I loved it and hated it. There was never an in-between feel-ing for one moment of the entire six months I was there. I was blasted out of my comfort zone the moment I arrived, and I deeply understood that I knew nothing, not even how to go to the bathroom or eat. I had heard about the absence of toilet paper, so I brought my own, which ran out after a few days, due to an early onslaught of “Delhi-belly.” Eating anything with your left hand was a major faux pas, again because of the lack of toilet paper, if you know what I mean.

Our first stop was a tiny village at the foothills of the Himalayas. Max had been going there by himself for nearly ten years. He always rented the same house, which was about a forty- minute hike from the village, straight up. It took longer with a heavy rucksack on your back. The only way to get there was to walk, as there was no road. He assured me it was worth the effort, that the house was really special. The “house” was a log cabin on wooden stilts, which had stacks of cut firewood underneath it. There was a twelve-foot ladder leaning against it that led to the front door. This immediately freaked me out, because I was afraid of heights. I hated climbing ladders, especially rickety ones, but that was the only way to access the cabin. Inside the one and only room, a thin mattress was thrown in the corner. There was a wood-burning stove in the middle of the floor and some shelves with a few cups, plates, and half-empty spice bottles scat-tered around. The house stood alone on the side of the mountain, except for one other identical-looking house about two hundred yards away, which was empty.

The first time I saw the house, I looked at Max and exclaimed, “Are you kidding me?!”  “Isn’t it great?” he beamed. It was clear that his idea of great and mine bore no relationship to each other whatsoever, a theme that would resonate for the rest of the trip. I was panting, exhausted from the long hike up the side of the mountain, and asked, already dreading the answer, “Where is the bathroom?” Naturally, it was the great outdoors. After the initial shock, and being mindful of not wanting to appear too whiny at this early stage of the trip and of our relationship, I decided to jump in and make the best of it, only because I knew the alternative was to be miserable. We had already rented and paid for the house for one month.

Almost every day, the melody and chorus of the Lemonhead’s song “The Outdoor Type” went through my head. It was clear I was not as outdoorsy as I may have claimed from the comfort of my living room. In fact, I had never even been camping up to that point and couldn’t light a barbeque without the help of a hair blow-dryer. I liked the idea of being the outdoor type, but that is where it stopped. Although I loved being in the mountains, I hated all the hard work it took just to survive. I hated having to dig a hole every time I needed a bathroom, and yet I loved waking up to the endless beauty that was constantly around me. There was electricity, sometimes, but you could never count on it. Nothing was easy. To have even a simple cup of tea meant we needed to start a fire. Bags of groceries needed to be hauled up from the village, cleaned, and cooked on the stove every day. It took hours to prepare food and clean up properly, so as not to attract unwelcome animal visitors at night, like bears and wolves; luckily we never did. Each day simply revolved around keeping warm enough and feeding ourselves.

It was both physically and mentally challenging, so much so that I totally forgot I had had cancer; I was too busy surviving! If someone had told me how hard India was going to be, I don’t think I would have gone. In retrospect, I am glad I didn’t know,  because I never would have thought that I could have done it. But I did do it, with a lot of help from Max, and it was a good reminder that I am a survivor. It also showed me how protected I was from the realities of hard-core life.

There was no avoiding life in India. There was no TV to turn on and get away from it all, no bottle of red wine to open, and no place to shop—in the mountains, at least. I also realized what a spoiled brat I was and how much I took for granted. I started to face myself on that mountain, and I didn’t like everything I saw. India became a mirror for everything about myself that was beautiful and repulsive.

After one month on the mountain, it was a relief to walk down to the village for the last time. I was excited to see the rest of India and hoped it would be a little easier. Max had carefully planned an itinerary full of sacred and special places that he had discovered on his travels, off the beaten tourist trail. Our plan was to slowly make our way toward Goa, a previous Portuguese prov-ince on the western coast, and stay there for the last two months, if I liked it. We stopped off in remote little towns and villages along the way, for days and sometimes weeks at a time, depending on how we felt, who we met, and sometimes depending on when the bus or train decided to come. Timetables and schedules were not taken very seriously in India.

I fell in love with the open-hearted Indian people. Everyone we passed in the villages would say “Namaste! Namaste!” It was the word for hello, goodbye, and thank you, and it meant “the light inside of me greets the light inside of you” or “the God in me sees the God in you.” Imagine greeting people like that every day and meaning it—instead of “Hey, how’s it going?” or “What’s up?” and not even waiting for or wanting to hear a response. For me, “Namaste” felt authentic. There was a genuine friendliness that we encountered everywhere we went. They asked us all sorts of questions, with no visible trace of self-consciousness, which touched my heart in a way I never could have expected. “Where you from?” “You married?” “How many children?” “Sit down, I buy you a chai, you tell me all your troubles. Baba make them go away.” Their brown eyes opened wide and gleaming, smiles beamed, and heads bobbed from side to side with excitement to make our acquaintance. It was hard to imagine having any troubles at all to tell these people who had, according to Western culture, nothing. They appeared to be happy with what little they did have, which made them rich in my eyes. There was an inno-cence and lack of sophistication about most of the people we met that was regal and beautiful to me.

*That trip  to India was thirteen years ago. I am ready to go back again now! Hoping to go later this year.....

Posted by Pasha Hogan - Creative Recovery™ at 10:02 AM